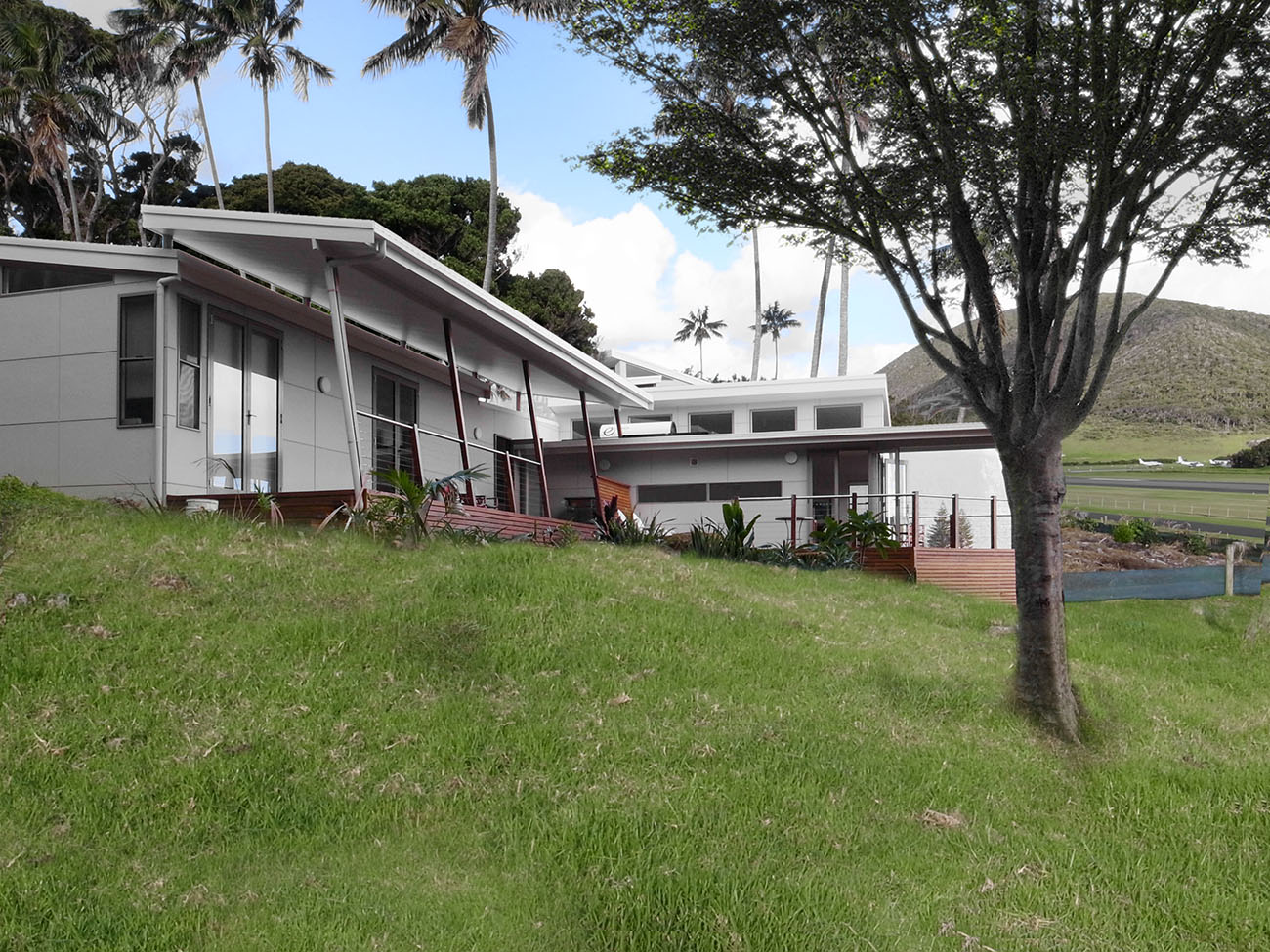 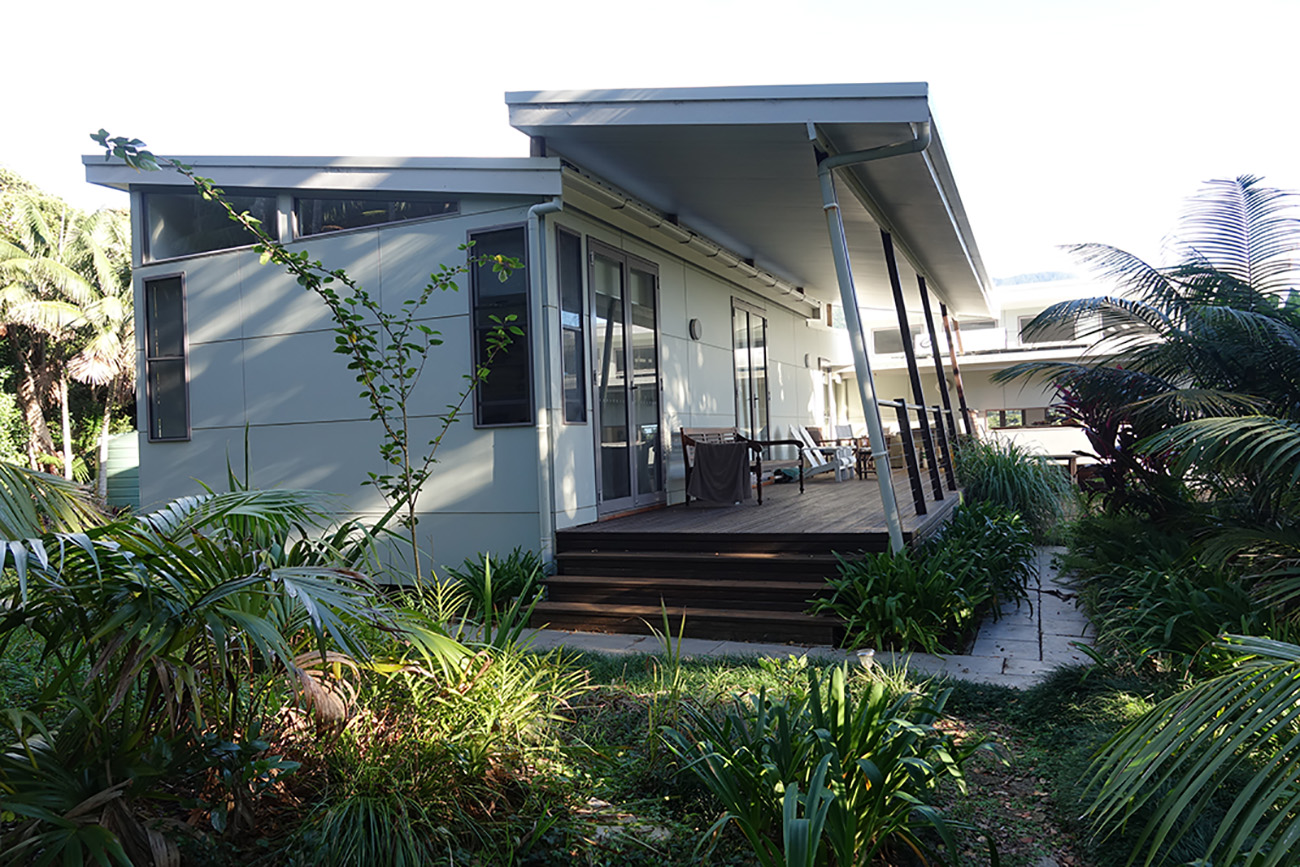 KI Studio considered this project a privilege to work on as it is within a UNESCO World Heritage site, the Lord Howe Island Group. We sensitively sited the dwelling in a sensitive location on sloping land, with northerly aspect, with a spectacular context with views overlooking the lagoon and the mountains of Lord Howe Island. This residence responds to the sensitive environment by articulating its mass into three separate components, based on the various functional requirements of the house. The design philosophy focused on creating a strong connectivity between indoors and outdoors, using spatial flows, visual and functional connections, also using large decked spaces, while providing a variety of spaces, that can be used depending upon the variable weather conditions. Key environmental initiatives incorporated into the design included rain water recycling, indigenous and low maintenance planting scheme, permaculture design, solar power, wastewater management and minimisation of electric power usage.