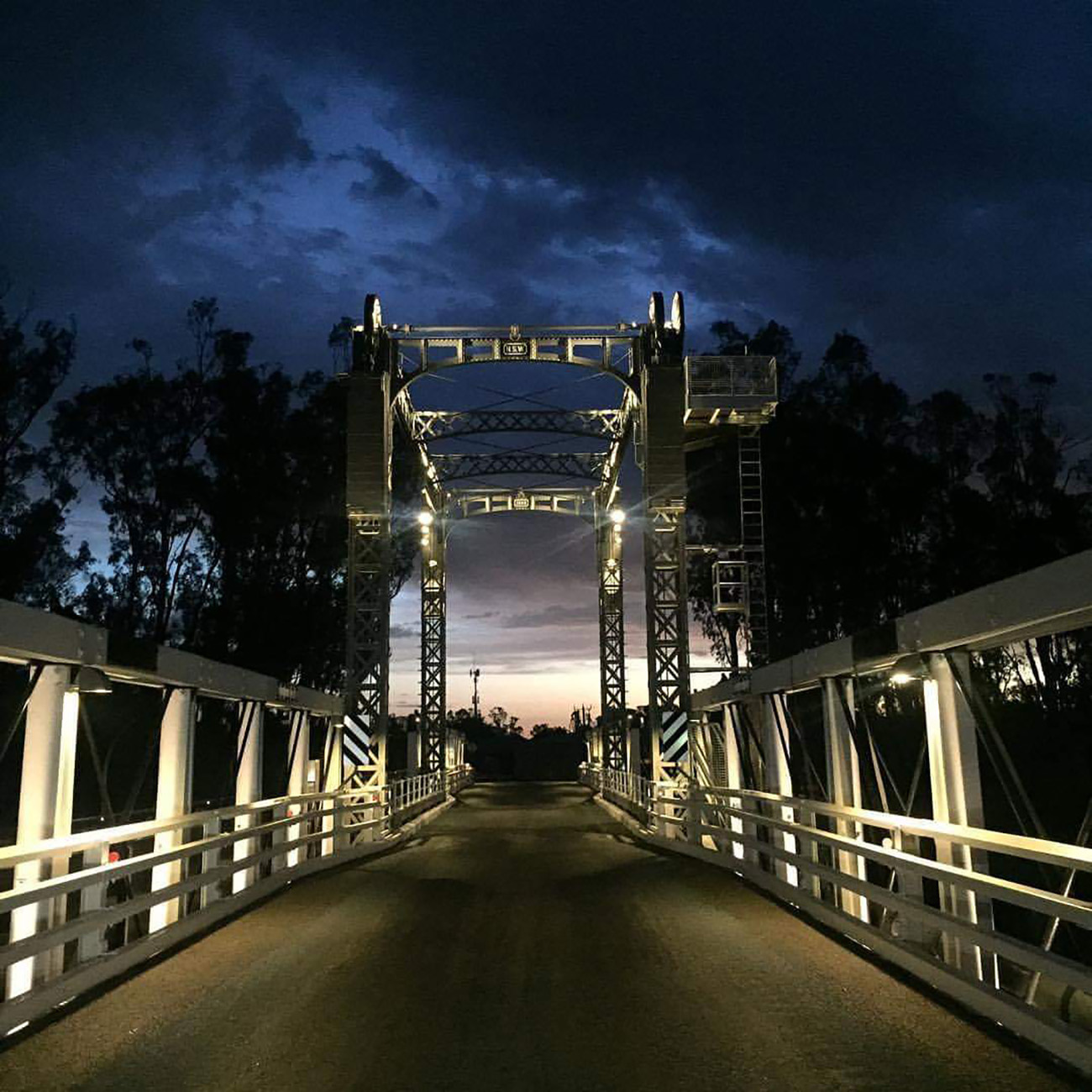 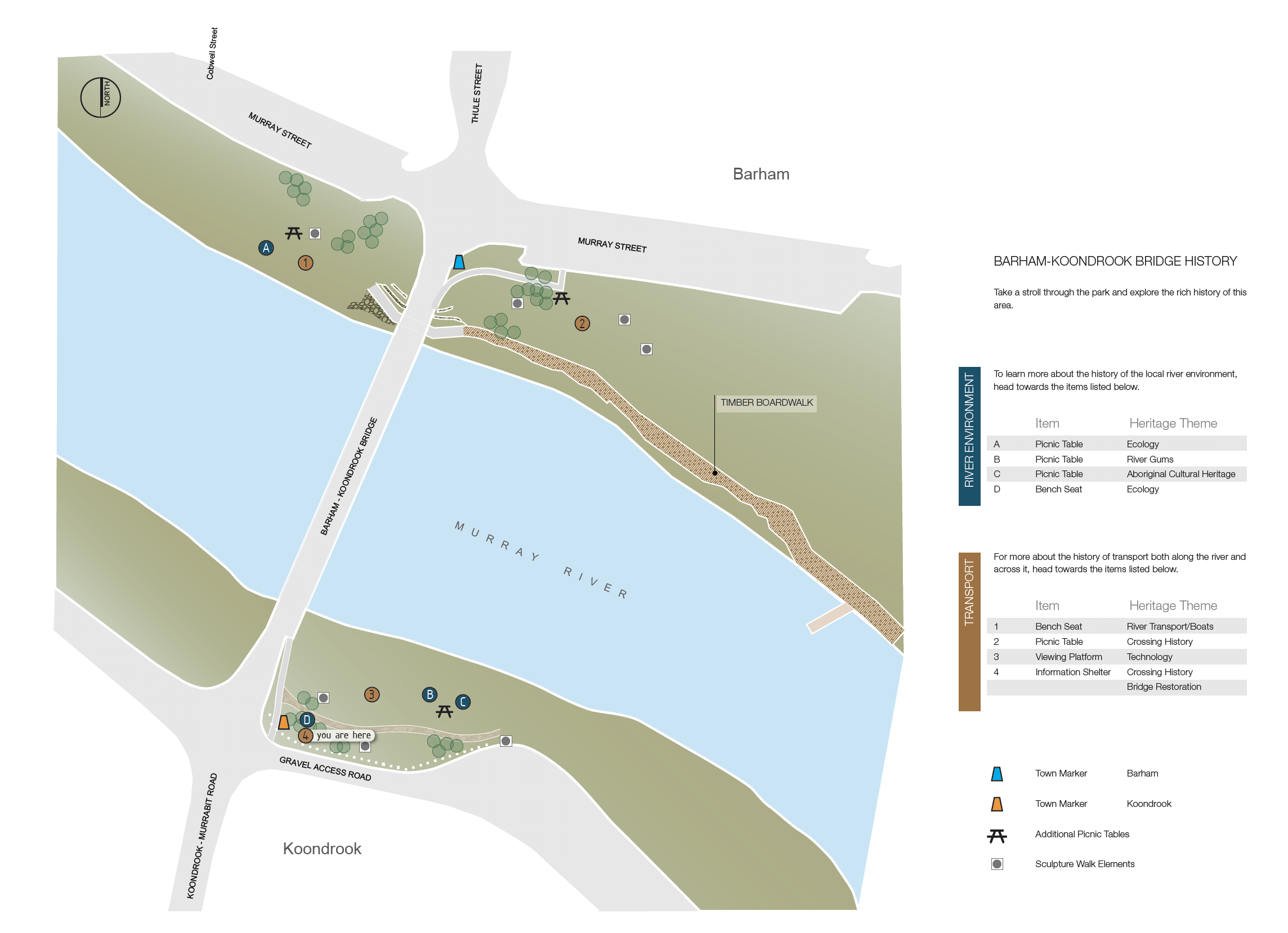 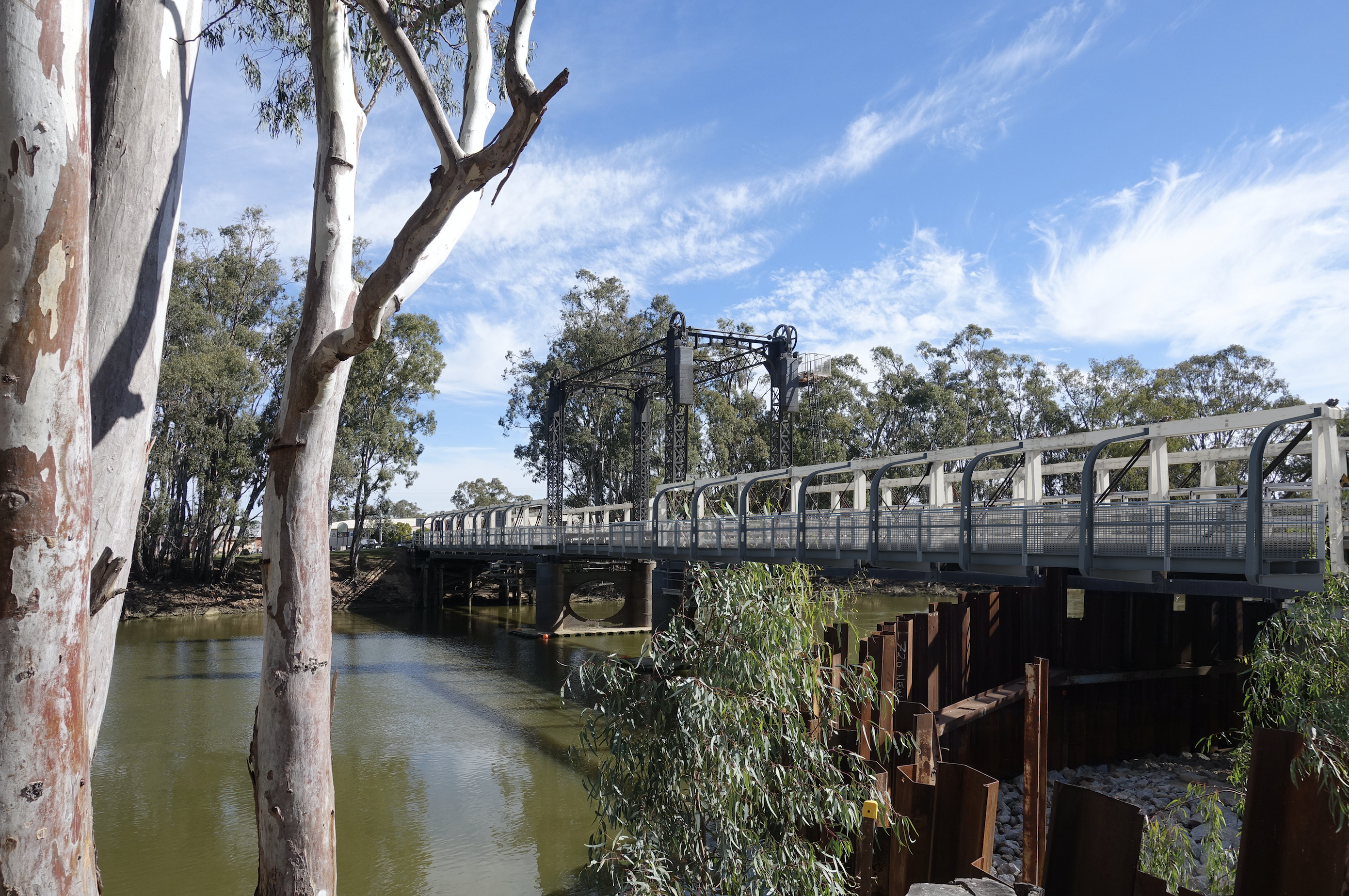 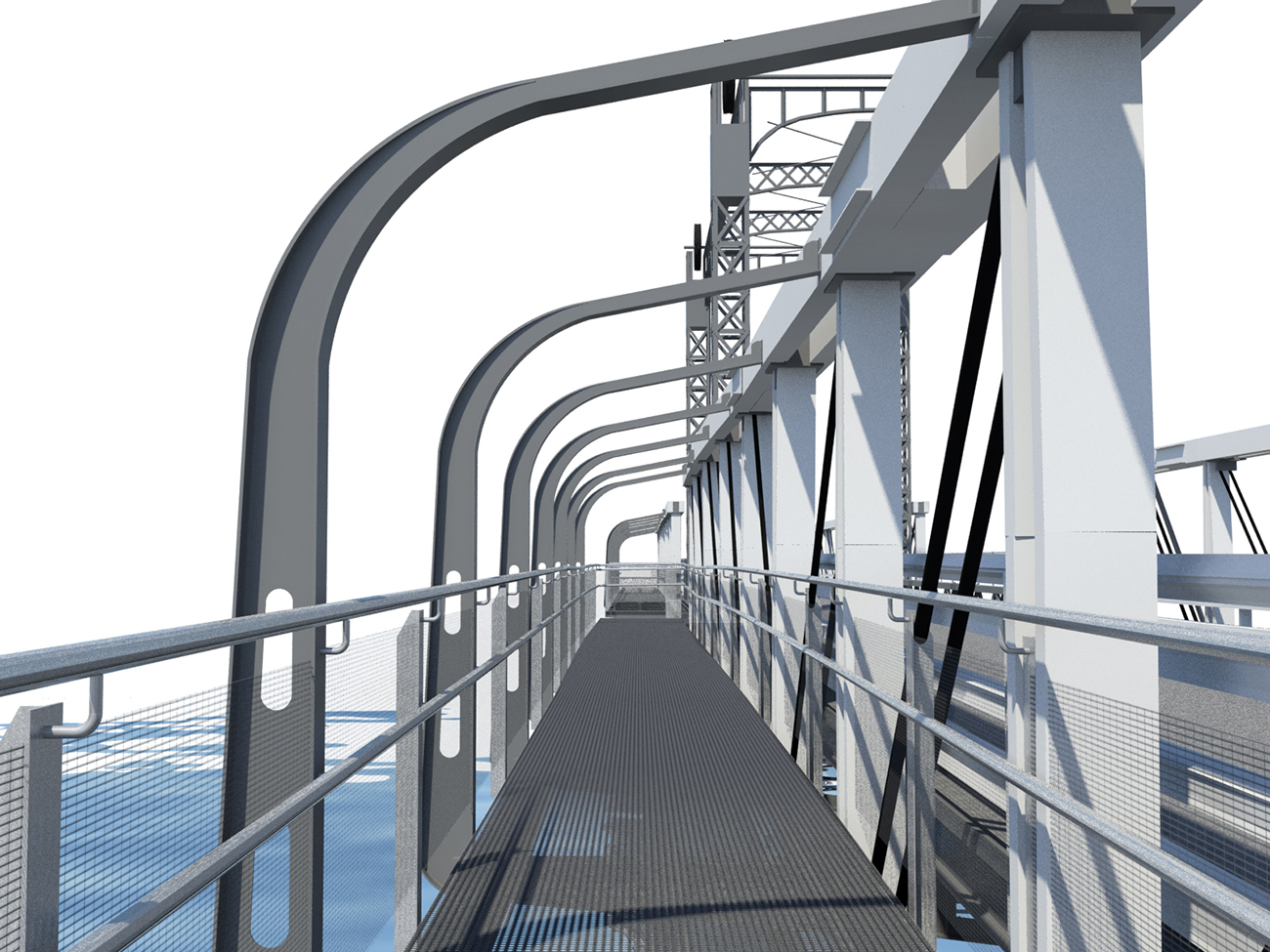 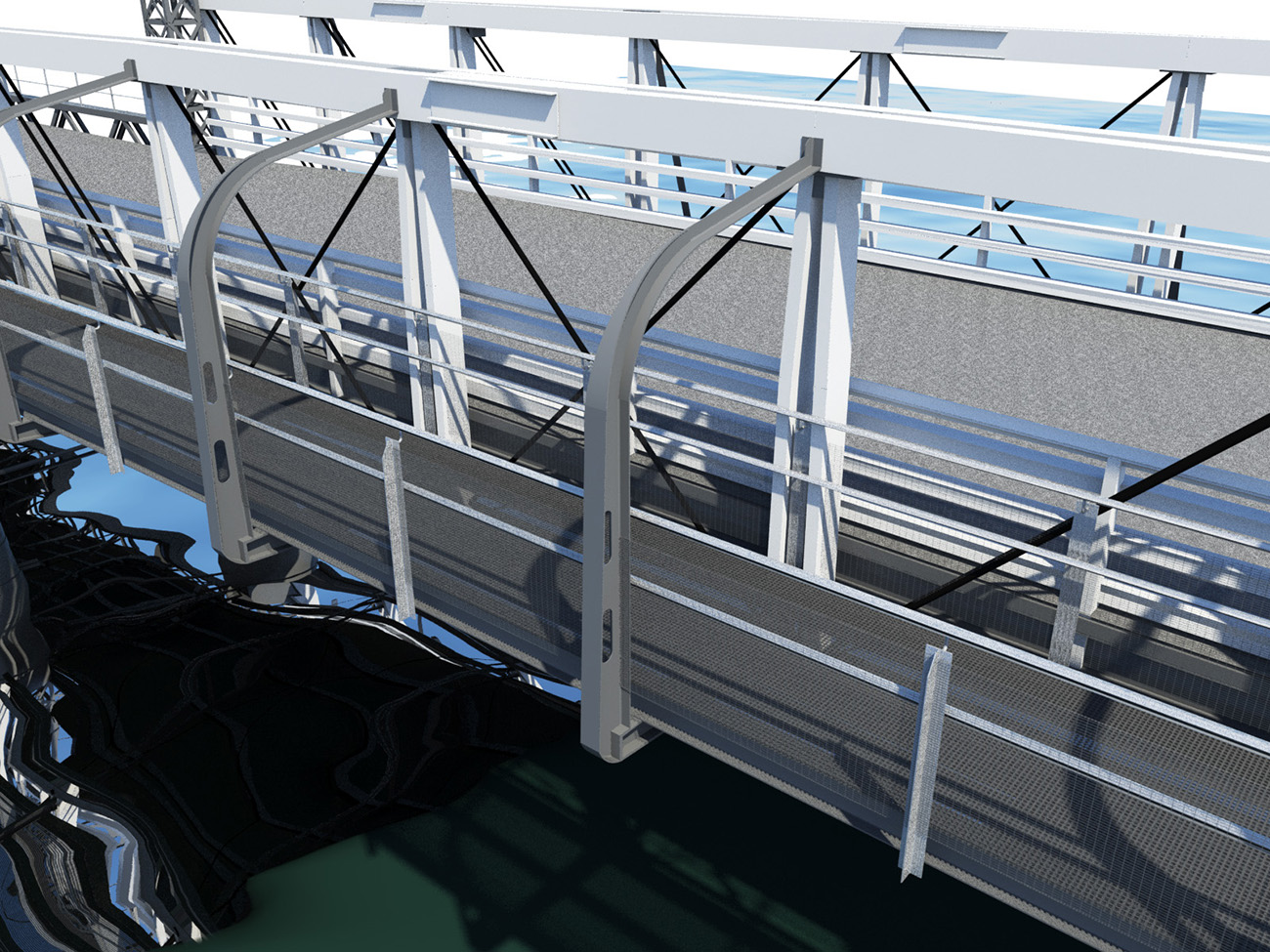 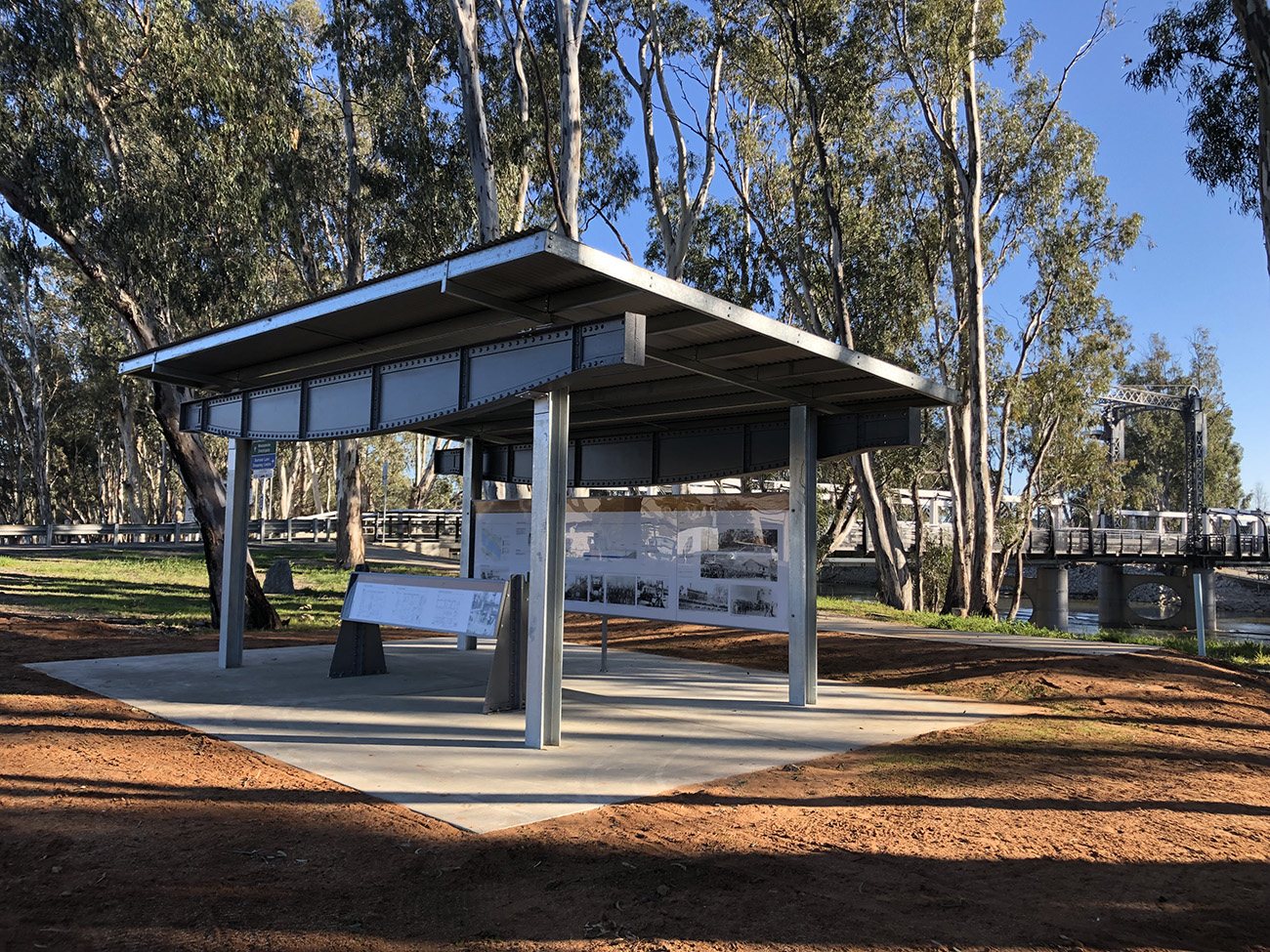 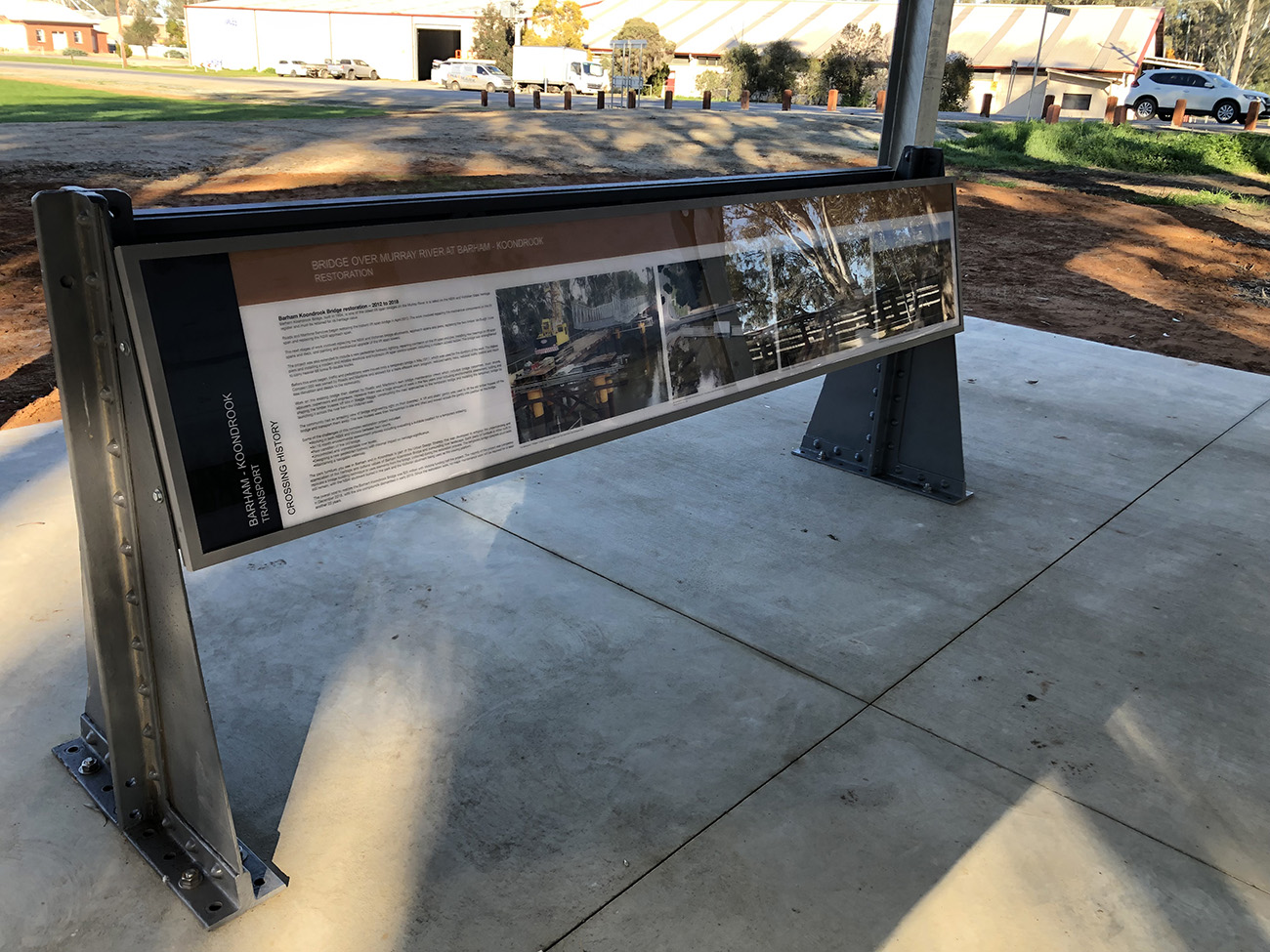 KI Studio was commissioned to develop architectural concepts for the modification of this sensitive heritage bridge, to develop a heritage interpretation strategy and to reinstate the local parks adjacent to the Murrumbidgee River with landscape amelioration and an interpretation trail and tourist attraction, within the River Red Gums context.

The project is located in Barham and Koondrook, twin towns situated on the banks of the Murray River defining the border between New South Wales and Victoria.

The bridge is a rare example of the De Burgh truss. This type of truss was only built for a brief period between 1899 and 1904 and is illustrative of the evolution of truss designs in Australia. There are only nine remaining in New South Wales, and only two of those remaining include a lift span, those at Barham and Cobram.

KI Studio collaborated with engineers and heritage specialists to sensitively integrate a new pedestrian walkway without compromising the overall bridge’s appearance. The overall structure of the bridge was rejuvenated to allow higher loading capacity and to extend its lifespan.

Feature lighting was incorporated to create a new landmark at night time, illuminating the lifting tower and truss.

Signage relating to key themes of River Environment & Transport, was integrated into bench seating, picnic tables, viewing platforms and on panels in the information shelter. These themes reflect the site’s Aboriginal and non-Aboriginal heritage.

The landscape design integrates the elements of the heritage interpretation and is sensitive to the existing woodland characters of Barham and Koondrook. The River Red Gums line the Murray River and provide a strong indigenous context.

At Koondrook, James Park has an informal dryland woodland character with River Red Gums flanking the areas along the river bank. The informal walking trail marks the end of the Red Gum Statue River Walk at Koondrook.